From our framing Studio 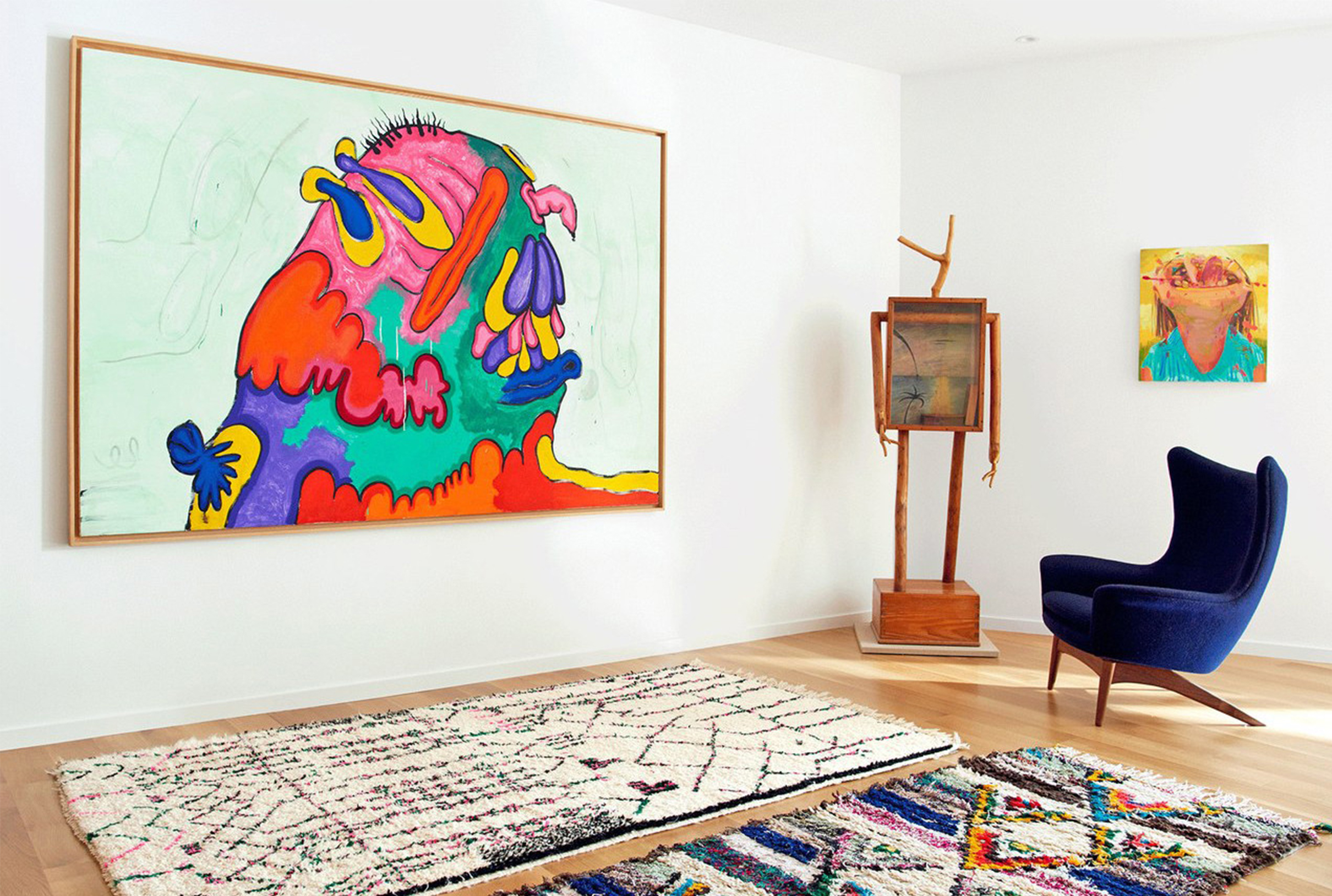 First off, what is a float frame?

Float frames owe their name to the illusion they create of “floating” a canvas artwork. This simple trick of the eye is no feat of complex engineering, but rather simply, is made possible because the underlying structure of a canvas artwork lends itself to the framing technique. Unlike works on paper, canvases have an internal frame, and are created by stretching a material such as cotton, linen or another fabric of choice across a wooden frame of stretchers. These stretchers are what give canvas paintings both depth and rigidity.

Because the canvas is secured to stretchers using staples, nails or tacks, the interest in concealing the sides of canvas through traditional frames was common practice throughout history. Until only the latter half of the 20th Century, artworks on canvas were considered incomplete, or unfinished without being placed in a traditional frame to conceal such elements of construction.

The images above show how the silhouette of a float frame lacks a rabbet, meaning there is no portion of the moulding that will block the front side of an artwork on canvas. This particular design is inspired by its namesake chateau in France’s Loire Valley and features hand waxed raw oak highlighted with gilded details ideal for achieving an elegant museum look.

How do float frames differ from traditional frames?

The image above features a double float framed artwork by Andy Warhol, an interesting method of creating a larger backdrop for smaller artworks.

This mounting is concealed and thus gives the appearance that the canvas is weightless: floating in air. Because of this, the frame acts merely as a border, and leaves the entire front facade of a canvas unobstructed and creates a narrow gap between the canvas’s edge and the frame.

The float frame has several benefits which make it a worthy contender to a traditional frame. Because it requires less structural support than a traditional frame, it is lighter and can be easier to transport, install and hang. As it doesn’t have a rabbet, it also does not require plexi or glass, which make the textural details and matte surface of some paintings more easily visible to the eye.

This being said, it is extremely important to consider that without the protective barrier of plexi and glass, the artwork is more susceptible to potential damage from its environment including UV-exposure, smoke exposure and accidents. However, other measures can be taken to protect artworks on canvas such as paintings, including conservation varnish to prevent pigment discoloration.

Float frames do provide another type of protection to canvas artworks by preventing warping of the canvas’s underlying structure or stretchers. Regardless of how thin a float frame may appear, it will serve the purpose of keeping a canvas in its original shape, an important factor in preventing the canvas itself from puckering or requiring re-stretching in time.

Other considerations for float frames are that they can be a more economical approach to framing because they don’t require glass or plexi, are lighter and are thus less costly to ship or transport.

When did float frames come into the picture?

It was not until the late 1940’s that painters began employing float frames in showcasing their artworks. A notable example includes the work of abstract expressionists such as Jackson Pollock, who utilized float frames to display their paintings in their entirety, without obscuring the corners or edges of canvases.

Since, float frames have been employed popularly in gallery settings, where the main focus was placed on the artwork, and also perhaps preferred for the economical traits and ease of transport.

The float frame featured above in the presentation of this painting by Jackson Pollock exemplifies how the lightness of the float frame technique makes possible framing even unusually large artworks on canvas.

Not only contemporary in style

A common misconception about float frames is that they are only used to create minimalist, or contemporary aesthetics. In actuality, a float frame merely describes the method of joining the frame to an artwork and bears no consequence on needing to be a minimal or almost invisible in appearance.

Float frames can be created with molding to convey any interior style or historical reference. And can be at home in modern, as well as transitional, or traditional environments. Detailed, stepped or ornate silhouettes can be used in crafting a float frame, and gilded or faux painted edges can add a level of ornament to please any maximalist sensibility. Moreover, float frames can be constructed from not only hardwoods, but also metal, plexi and fabric wrapped moulding which provide even greater flexibility in partnering the most attractive pairing to an artwork.

This moulding demonstrates that not all float frames are thin, or minimal. This Spencer moulding combines elegant hand-leafing and a rustic woodgrain finish with a contemporary profile shape.

Designing a framing solution with Trefler’s

Trefler’s frame studio designs and fabricates custom display presentations for a wide variety of projects and budgets. Our talented team has over forty years of combined experience in fine art framing, and lends an expert perspective to crafting the best solution for each client.

Both float frames and traditional frames are custom made to order and can employ mouldings from vendors such as Larson Juhl, Roma Moulding, C&J and Picture Woods LLC,.